For the first half of this year, I was busy with my day job. Since then, I have been waiting to see what would happen with the Seattle Public Schools K-12 Arts Learning Plan, and wondering where school arts liaisons like myself might fit in.

What initially drew the Wallace Foundation’s attention to Seattle – the unusual partnership between the city, the school district, and local non-profits – turned out to be the plan’s saving strength. When Wallace declined, Seattle Public Schools Superintendent José Banda opted to move forward with the arts learning plan as part of the district’s existing strategic plan, and Mayor Mike McGinn stepped up with $500,000 to get things rolling. The Little Engine That Thinks It Can. Go Seattle.

The stated goal of the plan is to “reinvest in Seattle’s students and our community’s economic and creative future by addressing current inequities and restoring arts education to all Seattle classrooms.”

•All K-5 students will receive 120 minutes/week in visual arts and music.*

♦ All middle school students will take a minimum of two semesters of arts.*

♦ All high school students will take a minimum of four semesters of arts.*

♦ K-12 curriculum will be expanded to include and assess for 21st Century Skills.

♦ Every school will use arts integration as a learning tool.

*For now, the focus is on a continuum of Visual Arts and Music instruction. Except where classes are already in place, Dance and Drama will have to wait.

Input on the plan has come from arts education non-profits (namely Arts Corps, ArtsEd Washington, and the Seattle Art Museum), teachers, parents, community members, students; and it is still being added to and refined. As Engstrom put it, they are “building a train while it’s moving, and the train is going faster and faster.”

Perhaps Seattle will set an example of how getting the arts back into public education might be achieved – how city, community, and school district officials can work together to improve learning. It’s a massive, far-reaching vision.

So if you are a six-year-old who dreams of being a member of the award-winning Garfield Jazz Band someday, but you don’t have access to private saxophone lessons, you should be able to count on two hours a week of music instruction during your primary school years to at least get you started.

Key to the strategies to make this all happen is a cultural shift at the District central office to support a K-12 continuum of learning, including new staffing supports, development of adequate teaching spaces, principal professional development and enhanced resource allocation – a transformation or “reinvention” of the system from the ground up. Arts education will be perceived as part of the structure of education in Seattle, rather than an added dollop of whipped cream.

Reinventing the District central office? It may be like turning an octopus into gazelle … with wheels.

What’s essentially different about this city/schools collaboration is that the city can manage the aspects of the plan that are beyond the scope of the District. Assessment, fundraising, budgeting, governance. A more powerful engine.

Engstrom has brought Lara Davis (former program director at Arts Corps) on board to build a roster of vetted artists and arts organizations to work with schools depending on their needs. These community partnerships will fit into three categories: Integrated Arts, to support non-arts, core curricula; Cultural Bridges, to bring culturally relevant arts into the classroom; and Targeted Partnerships, to support specific arts disciplines. For those of you interested in being on this roster, Davis is the one to look to. At this point, she said she is most interested in finding artists that fit in the Cultural Bridge and Integrated Arts areas. Official applications should available in the beginning of 2014.

The BERC Group will continue its work on developing a longitudinal database to measure the impact and success of the plan in terms of the common core state standards that will be released next year. 21st Century skills will be included in the assessments. Baseline data will be collected next Spring at the fourteen pilot schools.

And The Ostara Group has been enlisted as fundraising partners. The goal for now is to raise $1.7 million to pay for the arts partnerships. Ostara’s Ariel Glassman stressed that funding was going to be actively solicited from individual donors, not just corporations and larger organizations. Have an extra million or two? You can expect a call.

After the database is created and the arts partners have signed up, and principals and their teams have decided upon an arts learning plan that works best for them, teachers and staff will be able to attend professional development sessions during the summer break before the Creative Advantage plan hits the classrooms in Fall 2014, one year from now.

If the Creative Advantage plan succeeds, parents will no longer be the ones having to fill in the gaps, figuratively and financially, to make sure their kids get art. Yay.

And the inequity in education between schools that comes as a result of this will be erased. Double Yay.

So, where does this leave the volunteer arts liaison? The only role for parents I heard mentioned at the meeting was as members of principals’ arts learning development committees. When the OAC gathers its funds and begins matchmaking, the work of individual arts liaisons will be largely subsumed into the greater picture.

But, I like working as an arts liaison for our public schools. It is the parent volunteer job I feel best suited for, and I know other parents who feel the same. Is there any room for us on this train? 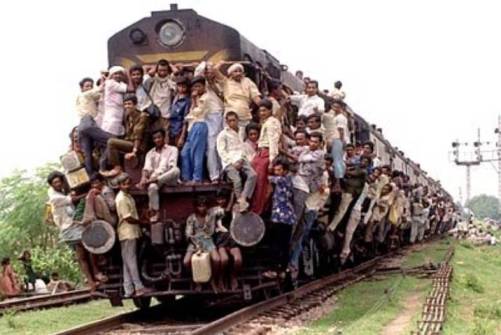 I think there will be. Parents will still want to be involved in making arts happen in their schools, perhaps more than SPS or the OAC have considered. And I have a feeling that parents will still be the ones to fill in the gaps when things really get rolling. In the meantime, I hope to continue to encourage and inspire people to become arts community liaisons in public schools.

I recommend you visit the website, for more details about The Creative Advantage Arts Plan.